There’s no denying that subprime loans can be immensely helpful for those who cannot secure an automotive loan in any other way. Those subprime auto leads with bad credit or no credit can easily turn things around and gain reliable access to a vehicle. But because subprime leads and loans have risen in recent years, some scaremongers have warned that the subprime lending bubble will soon explode. You shouldn’t worry, though: expert economists are saying that not only will the bubble not explode, but it doesn’t even exist to begin with.

Equifax’s chief economist, Amy Crew Cutts, says: “I definitely don’t believe there is a subprime bubble. The fact is, loan performance is relative to historic levels.”

This means that we need to look at the bigger picture when expressing concern for subprime auto lead generation. First of all, auto sales are on the rise. In fact, last year saw a record-breaking total of 17.5 million light vehicles sold just in the United States. When more vehicles are sold, that means there are more loans being given out. An increased number of loans — and an increased number of automotive leads — generally means that there are also going to be a greater number of loans being given to those with subprime qualifications like lower credit scores.

Subprime financing interest generates $10 billion in revenue every year, but those numbers need to be compared with automotive loan interest and sales revenues overall. While there have been increases to the number of subprime auto leads and loans over the last year, there have also been more sales to balance out those numbers.

“While we may have seen growth in subprime or deep-subprime loans in recent years, it is important to keep it in perspective. The entire market has grown from a volume standpoint across all risk tiers.”

So what does this mean for dealers, lenders, and subprime leads?

Subprime auto leads and loans still represent a very small proportion of all vehicle lending. When people look at only that segment, they might assume disaster is just on the horizon due to increased delinquencies. But the fact of the matter is when more subprime loans are given out, there are bound to be more people who find it difficult to make their payments. This isn’t a reason to panic, as it does not signal an impending crisis to the automotive lending industry. In fact, it only makes sense.

Because a lot of people make the assumption that subprime loans are a bad idea, it can be difficult to generate leads. But now that experts have come out to say that these increases are nothing to be concerned about, it will likely put you in a better position to generate loans for subprime candidates.

And since vehicle sales are at an all-time high, there’s no better time to get started on your auto finance lead generation for spring. The Cyber Lead system can help you get fast, effective, and comprehensive auto lead generation. For more information, get in touch with us today. 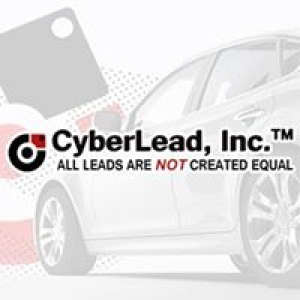